I've never before bred two Malinois litters in the same year. But it had been my dream for years to have puppies from Rona to Mats. We tried one year and Rona refused to be mated. As she had her first litter in 2014 and will be 7 years old this October, it was rather a case of now or never. And indeed, this time Rona was quite happy with Mats. After this, we will take a break from breeding. I don't breed for money, I breed for the next pup to keep for showing, and we need to concentrate on all the dogs we have for a while now. 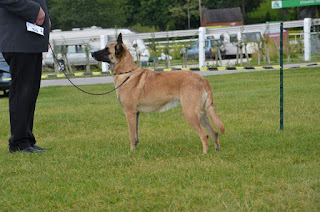 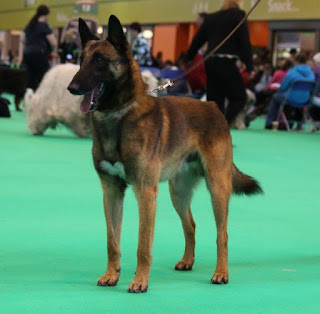 Mats Van De Vaardekenshoeve at Goldmali (IMP BEL)
Breeder: Stijn Van Hamme, Belgium
Hip score: 12. Eyes last tested clear: 25/2 2017
1 CC, Various Best of Breeds, Best Dog, etc.
KC Good Citizen Bronze
Mats is from a breeder in Belgium who breeds working dogs with show dog looks.
Mats has a very high drive. He is small for his breed -but extremely strong.
He is the father of dogs competing in flyball, scentwork, working trials and of course shows, and one of his sons was trained to do assistance dog work.
(Photo by Kim Brown) 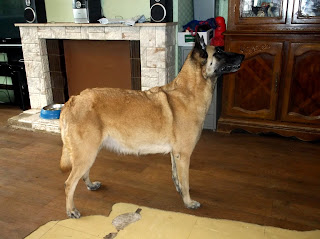 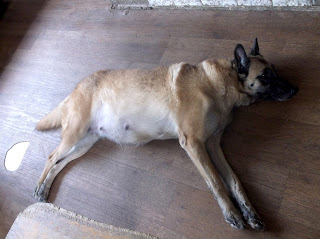 55 days pregnant and a bit fed up 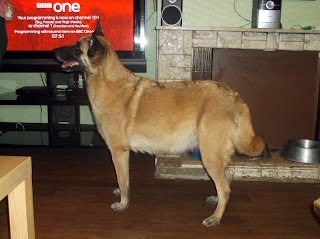 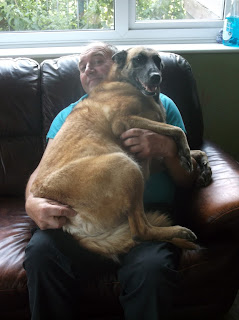 58 days pregnant
Daddy of course I still fit on your lap for cuddles! 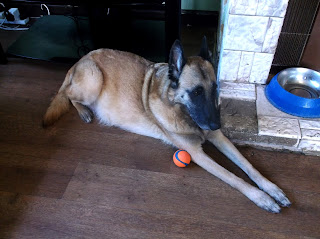 59 days. Still waiting. The text books say bitches are pregnant for 63 days, but in reality most of our litters have been born sooner. Penny had hers day 58 -twice- and one of the Papillons gave birth on day 55. This is normal and not premature. 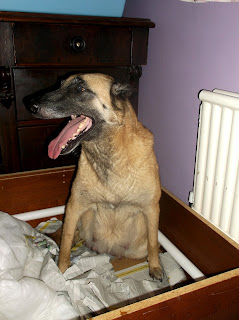 Very early on day 60 the first stage of labour started. Panting, nesting, throwing up. Rona decided she wanted to stay in the bedroom and as the normal whelping box does not fit in there, John quickly adapted an old Billy bookcase from Ikea! 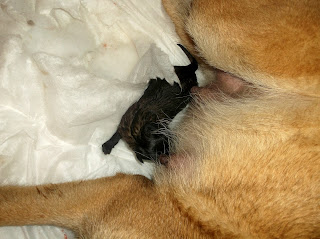 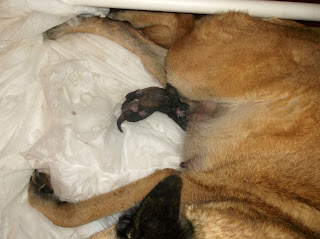 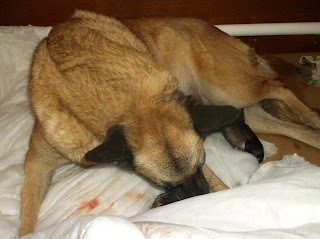 The second pup, another bitch, followed at 4.30 pm. She would be RED collar. 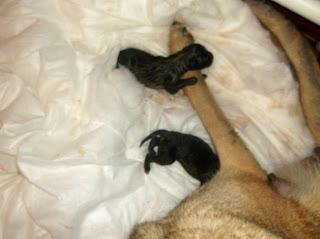 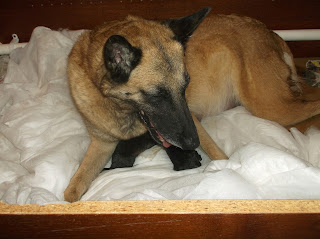 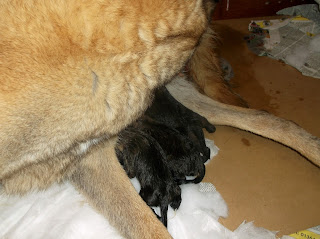 The third pup arrived at 5 pm, a dog. He would get the GREEN collar. 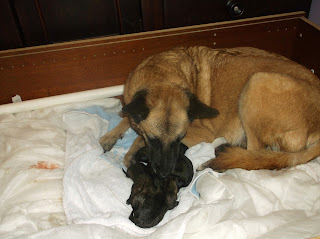 The fourth pup, another dog, arrived at 5.15 pm. BROWN collar. 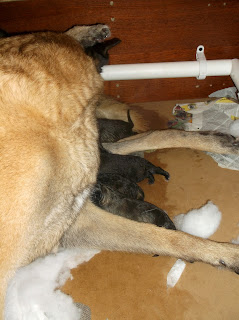 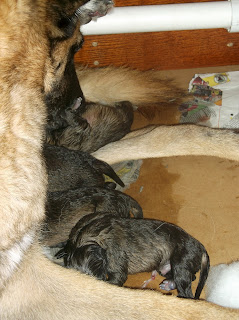 And then we had a long wait. 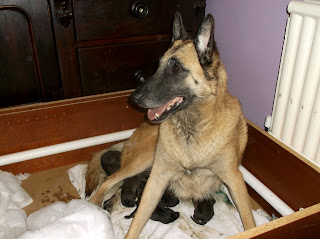 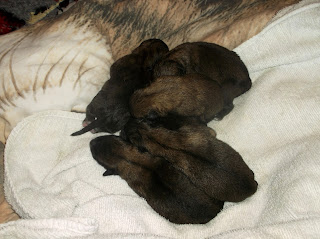 As we were expecting six, we decided now was the time to put clean bedding in the box. Meanwhile I put the pups on our bed. There are six, but one is hidden by the others! 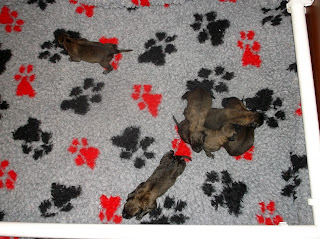 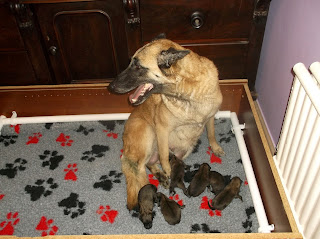 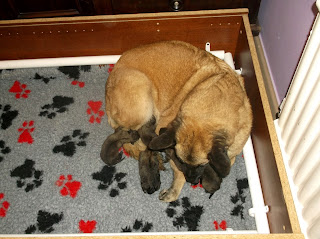 Settling down with the pups.

As we were expecting six pups and all had arrived, we waited an hour and a half and then went into the living room to have dinner. We live in a bungalow so the bedroom isn't far away. 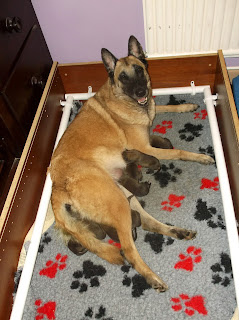 In the middle of dinner we heard squealing so went to check on the puppies.
"Hi", said Rona, "Meet my 8 pups!"
Two more had arrived, one dog and one bitch. PURPLE (bitch) and ORANGE (dog).

And then Rona was all finished.